How memory was preserved

How memory has been preserved

Mme Vico and her sons

1945: After the bodies had been discovered, Mme Vico had a small wooden memorial built and she put flowers on it and prayed for these young men who were her son’s age until her death.

Then the Canadian soldiers’ families began to come to meditate and inquire about what had happened on the site. Mme Vico would welcome them and willingly take them to the actual scene.

1979: A bataillon of the AHR (Armoured Hussars Regiment) visits the landing beaches. Robert Bennet, a Canadian Lecturer at Caen University who lives in the village of Authie organizes a visit of the Abbey. This is a shock. Ian Campbell is deeply distressed by what he is told.

1981: Ian Campbell’s first visit to the Abbey: a commemorative tablet with the names of the slaughtered soldiers is established. With his wife Claire he starts a fund to carry out his plan. 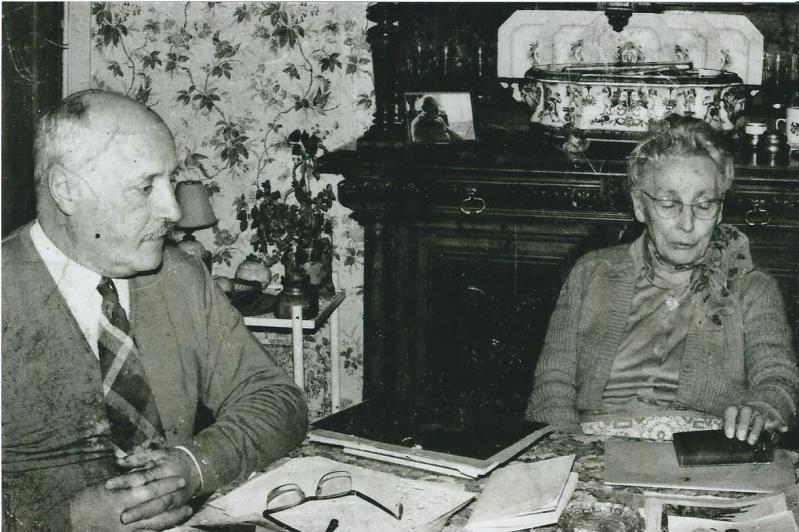 1983 The Vico family makes the preparations for the arrival of the bronze memorial plaque. They decide to have a monument built with the help of 2 men from Authie: Jean Mesnil, a stone-cutter and Léon Garnier, a mason.

1984: On June 7th, the monument is formally unveiled in the presence of Canadian and French civil and military authorities.

Ian Campbell publishes a small brochure: “The Abbaye of Ardenne, 20 war prisoners.” It is translated into French by André Heintz. 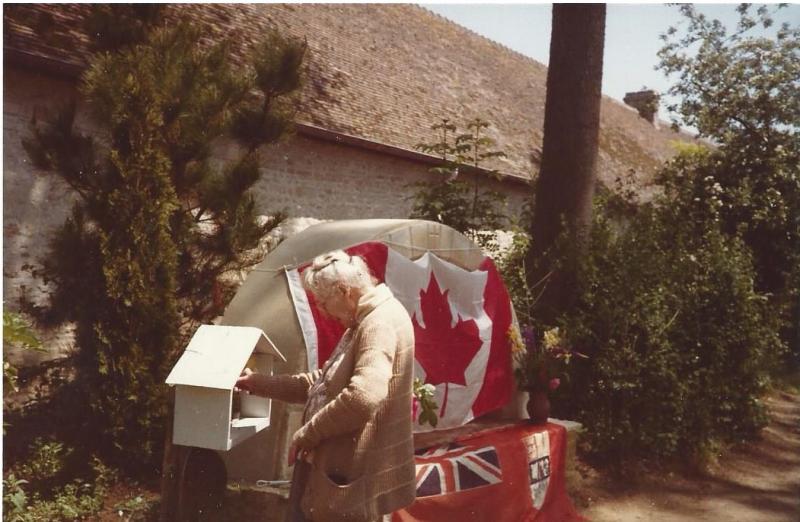 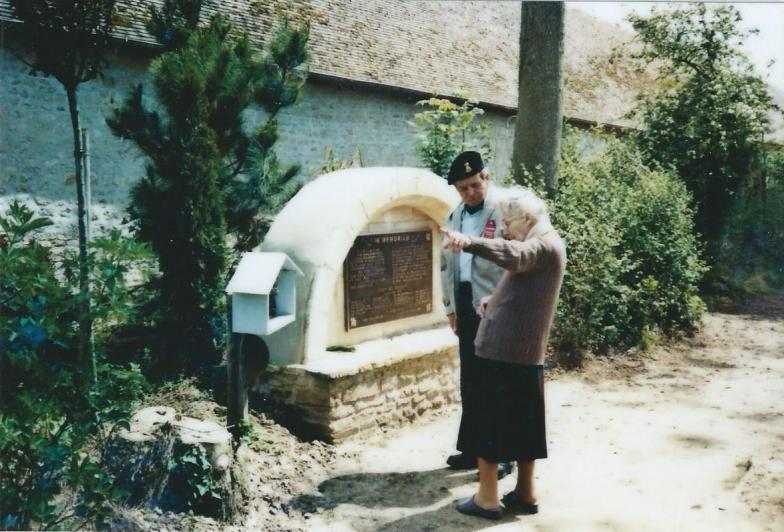 1985 :Death of Mme Vico. She has done a great deal to bring the bodies of her dear Canadians out of oblivion, to have them identified, to ensure their sacrifice would be acknowledged.

1986: Since he retired, Jacques Vico has devoted his efforts to allowing people to discover the historical period of the Landing of the Allied troops. All the visits end at the Abbey and at the garden of the Canadians. 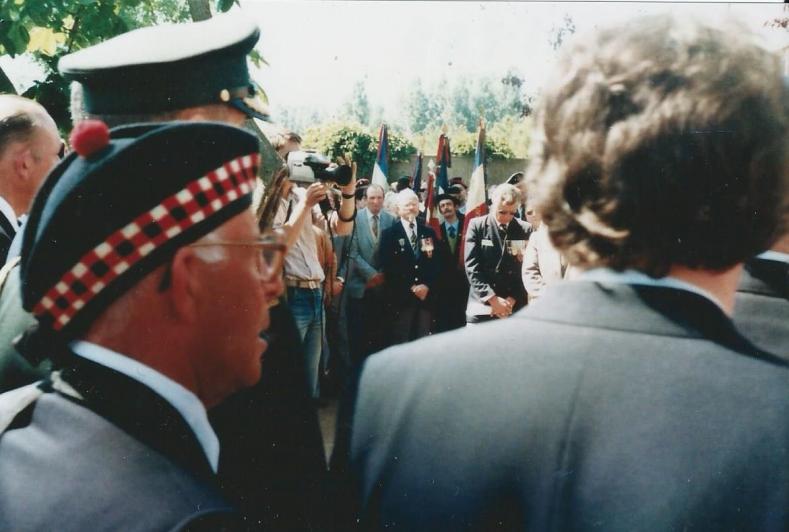 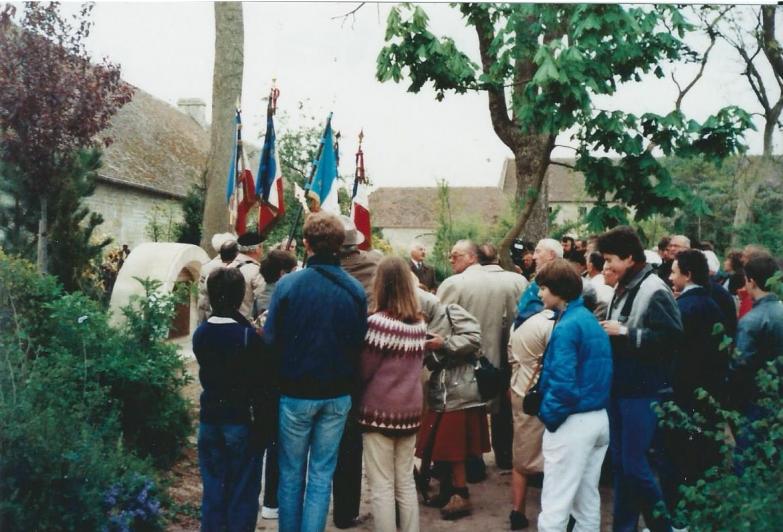 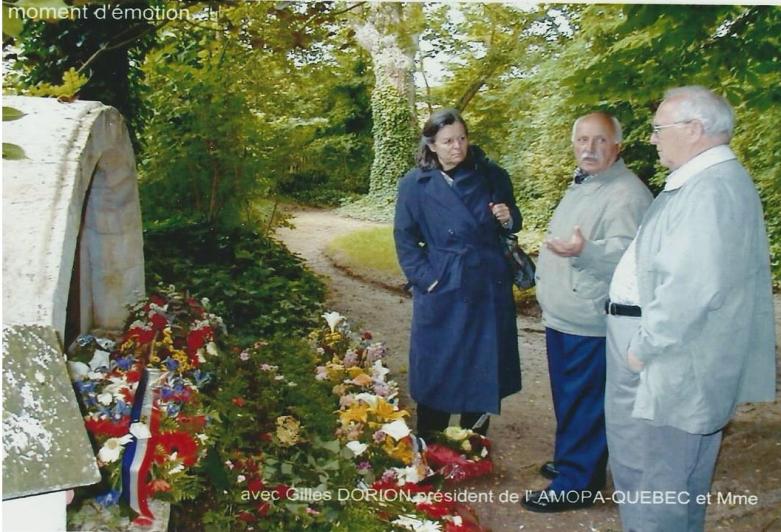 1996: Ian Campbell publishes "Murder at the Abbaye: The Story of Twenty Canadian Soldiers Murdered at the Abbaye d’Ardenne", the outcome of a long investigation into the lives and the family lives of each of the victims of this massacre and the account of their capture by the SS with the tragic episode of their deaths. 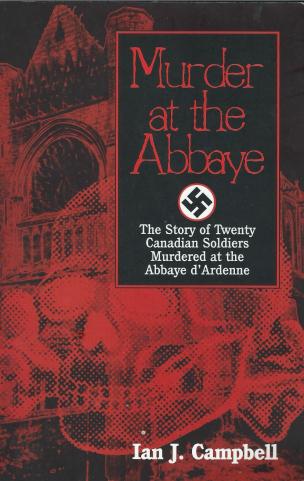 2004: Their portraits are displayed on the wall behind the monument thanks to the IMEC (Institut Mémoires de l’Edition Contemporaine).

2012: Death of Jacques Vico. Right up to the day he died he kept alive the memory of his Canadian comrades-in-arms taking many visitors around the place.

2013: Jacques Vico’s widow collects in Ian Campbell’s book, all the passages that relate the Canadian soldiers’ lives and the grief of the martyrs’ families.

As their portraits are now displayed on panels, they come to life for the numerous visitors of the “Canadians’ Garden”.

2014: A website is created with the help of Benjamin Desclos, a young man who is very interested in local history,  and thanks to André Heintz, a loyal collaborator together with many translators.